I was listening to one of my favorite podcasts today when the topic of the Attachmate acquisition of Novell came up. I had heard about this a while ago but decided to go take a look at Attachmate website because I hadn't heard of the company before. I often like take a look at where large companies have offices (if any) within Canada simply because I am always in the market. There were a surprisingly large number of offices in Canada, nearly one in each province. I then noticed the addresses and thought it was amusing enough to share them.

Apparently the Alberta, Saskatchewan and Manitoba offices are in Ontario, and the British Columbia office is in Seattle,WA. Way to up-talk your geographical distribution Attachmate. 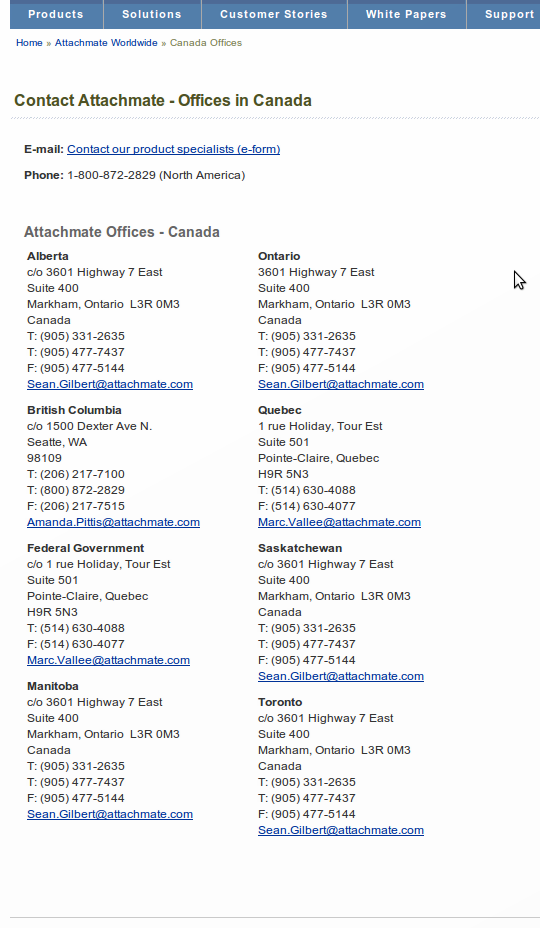